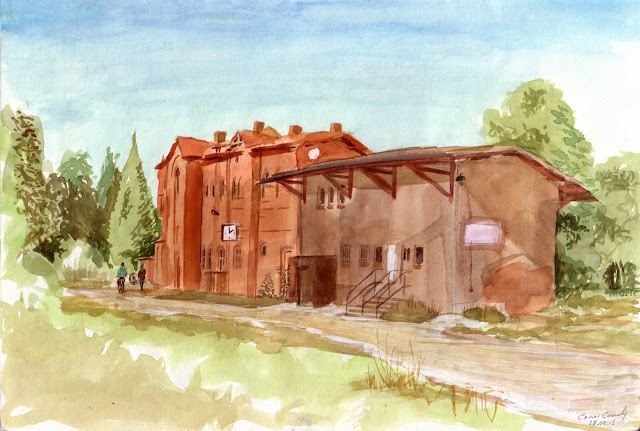 Justus Delbrück Haus in Jamlitz is a recently renovated train station located 29km from the polish border. It served as a public train station until 1958 replete with guest house and pub. after this time it was used by the central committee of the DDR to transport goods and soldiers to the nearby military training grounds until finally being decommissioned in 1998.
During the time of national socialism the train station and surrounding area served as an internment/work camp, a satellite to the larger Sachsenhausen concentration camp. It is said to be a site of mass murder from this time. Justus Delbrück himself was a Berlin lawyer who opposed the National socialist and died in Jamlitz camp in October 1945.
Since 2008 the Station has been in the possession of the Berlin youth agency Karuna eg who have brought new life and purpose to what had become an over grown ruin. the building now functions as a youth camp or respite centre. the debate between the "Brandenburg Memorials Foundation" and Karuna eg over the appropriateness of such a location being used for such a purpose continues.