A few weeks back a friend of ours told us about a Tram festival that was scheduled for the following weekend in Woltersdorf a lovely small  town east of Berlin. The day before the event he rang me and told me I had been signed up by his son in law to pull one of the trams in a race against the clock. I agreed at the time but was glad to be on the bench as reserve, number 11 in a team of 10. It would have taken two of me to fit into the most other members t-shirt, they won a case of strong beer with a time of 9.4 seconds against 4 or five other teams of ten. They hold the title Woltersdorf starke Männer 2014 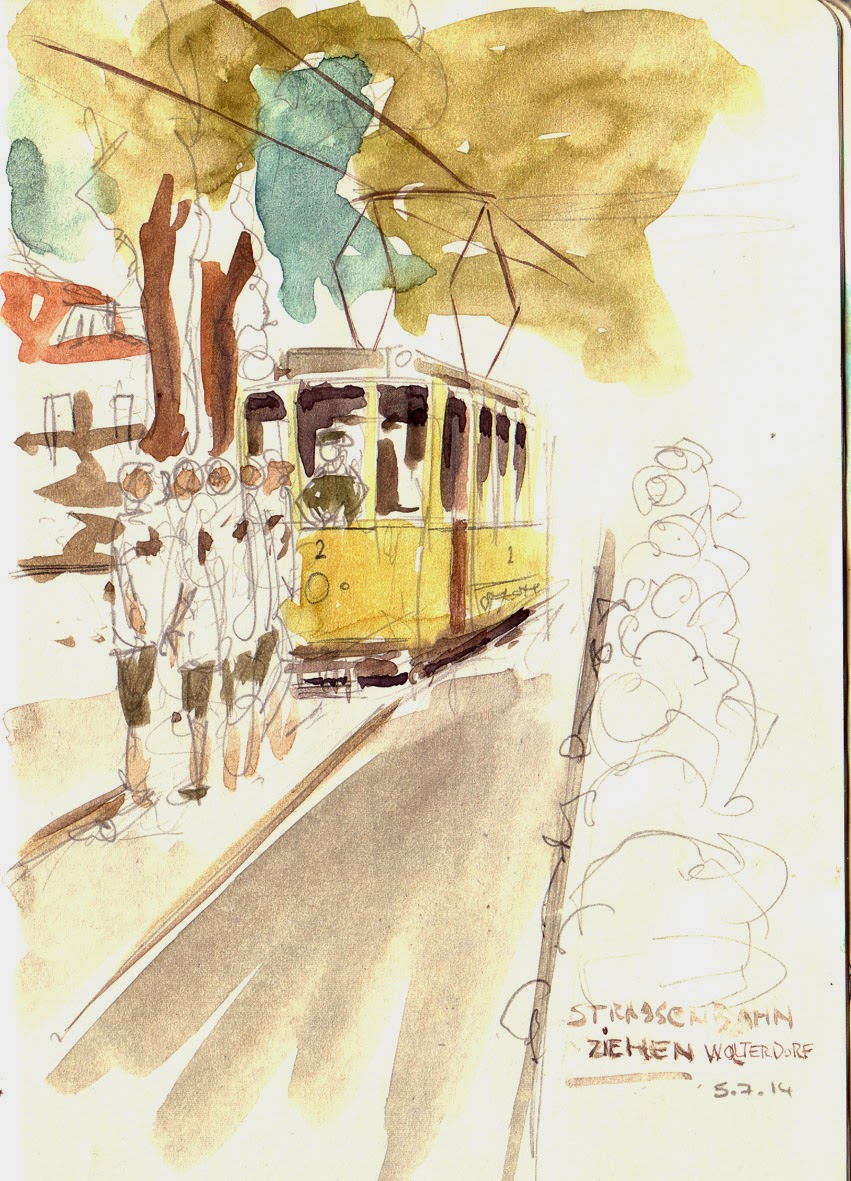 There were also vintage trams to be seen, and drawn at the event. This number 218 is a renovated 101 year old Tram now used for weddings and special occasions. While, Linus, opposite, my friends grandchild is soon to turn 1 himself. 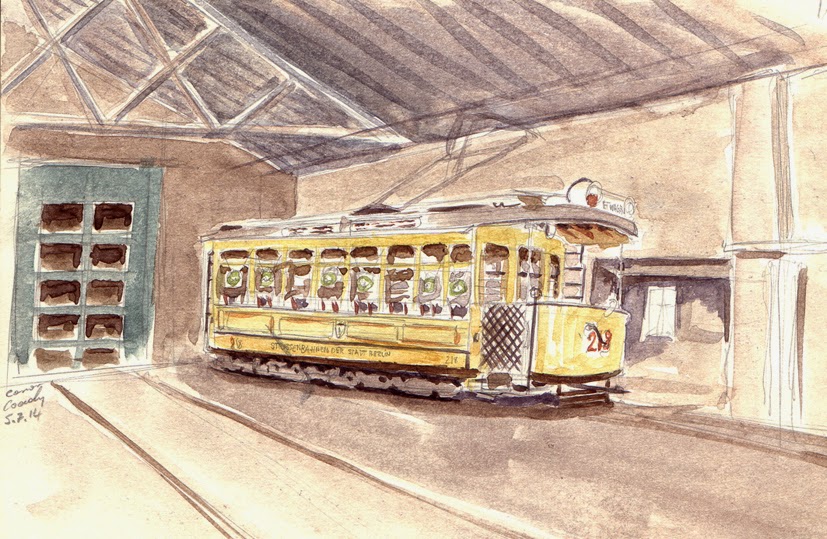 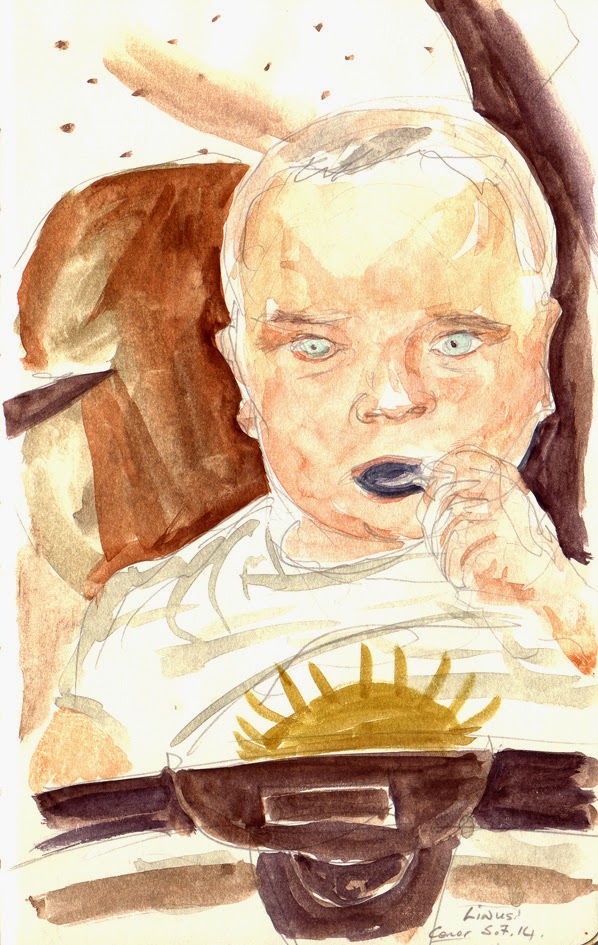